Home SIZZLING RED CARPET LOOKS See all the beautiful pictures of Lucie Memba in a piece from... 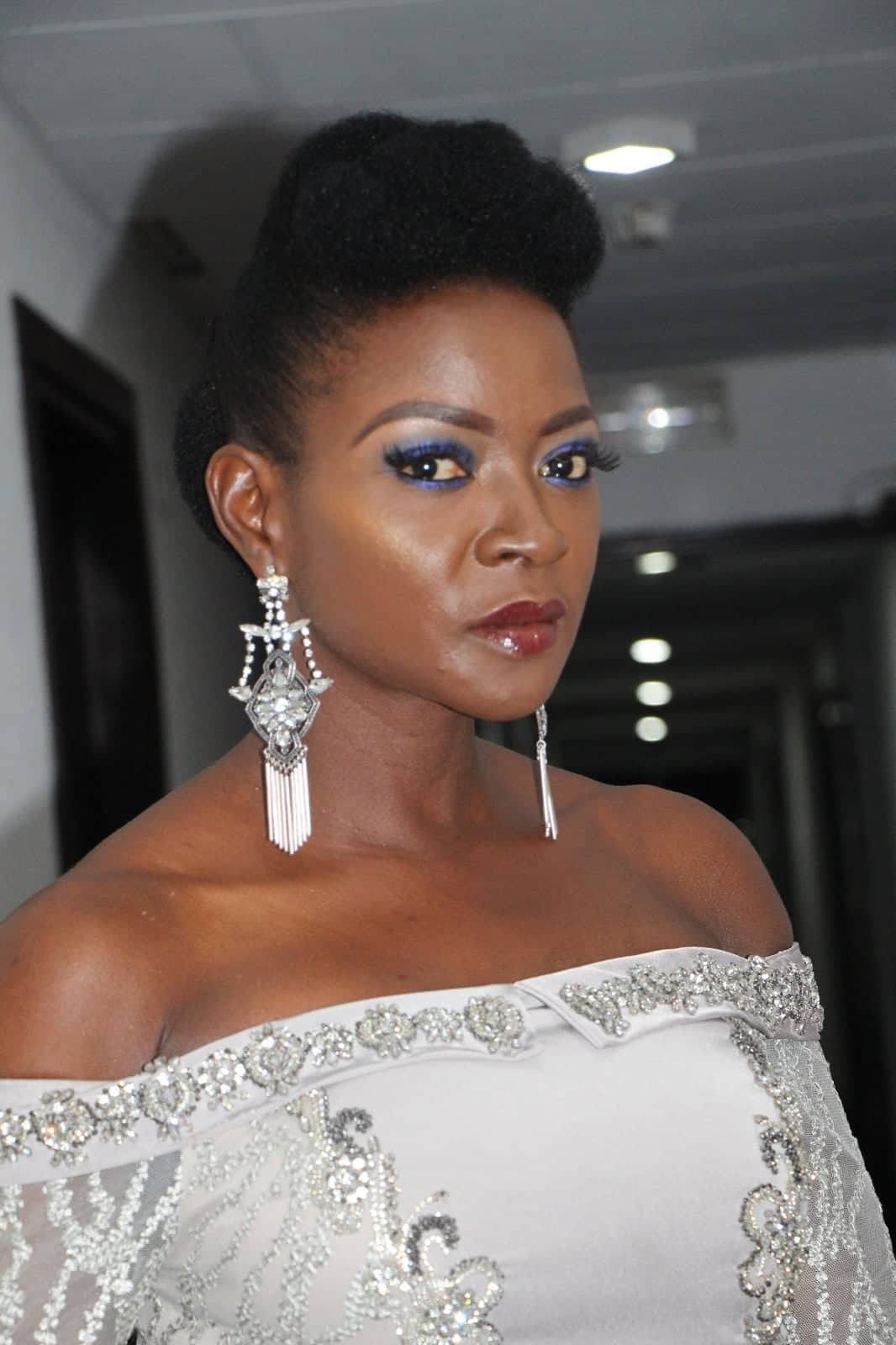 Being a one-trick pony is something Cameroonian-born actress Lucie Memba is not! From actor, to producer and now to fashion designer and model. This lady is invading every arena and excelling at it.

Lucie Memba is an exceptional actress of both national and international repute. No doubt she has received the best lead actress in Cinema award in Cameroon by the Cameroon Movies Merit Award (CMMA) in 2013. In 2014, actress Lucie Memba launched her own production agency, L.M.B production. Then she produced the movie, Paradise. In 2017, she co-produced the movie, La Patrie d’Abord, the first Cameroonian war film in tribute to the Cameroonian defense forces. Also acting in this movie, the actress earned a nomination as the best Cameroonian female actor by the Francophone Film Awards in 2017.

Now, Lucie Memba is venturing into the fashion industry, debuting her fashion line at the Ecran Noir Festival, in Yaounde. Lucie stunned the red carpet in a grey off the shoulder evening dress from her brand La Fee Lucie. Notably, the dress featured a train with intricate fit and flare lace embroidered sleeves. The lace embroidery design of the sleeves extended to the sides of the torso while the off the shoulder neckline highlighted an inspired folded collar design. The grey fabric was an impeccable compliment to her dark, luminous and flawless skin. Meanwhile, the form-fitting cut oozed all kinds of sex appeal and was ideal for her tall and lean frame enhanced by her amazing curves.

Above, Actress Lucie Memba styled her look perfectly with a clean yet edgy updo and an appropriate nighttime makeup look. Thus, featuring a deep blue eye shadow and dark red glossy lips. For accessories, she donned a metallic clutch, huge dangling earrings and left her neck bare to show off those gorgeous collarbones. Indeed, her collarbone and the neckline was so reminiscent of Meghan Markle at the Royal wedding. Bellissima!

MAMMYPI - December 2, 2021 0
Edwin Eselem's intimate and revealing memoir, Wotutu to the World, is rousing and euphoric in telling the experience of living in, travailing and excelling from...

HOTTEST WOMEN OF THE WEEK SPOTTED AROUND THE WORLD