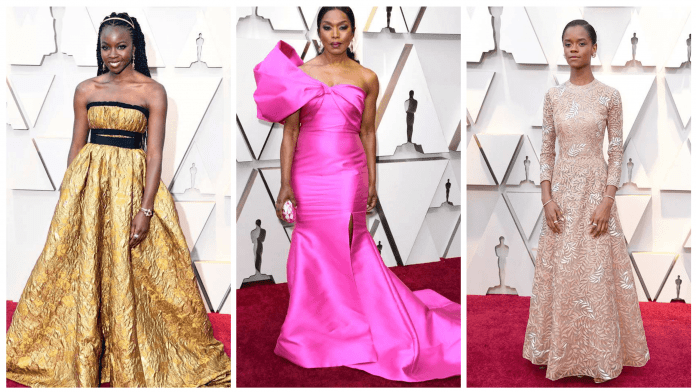 Of course, Angela has always been a stunner in whatever she wears. However, this Oscars pink pout and gown took us to new places. Wearing only a pink ring on one hand and a round pink shiny clutch bag on the other hand. Bassett injected a fair amount of pink to her Oscars 2019 red carpet look and we absolutely love it.

Some other A-Listers who attended the Oscars 2019 on Sunday include Swizz Beatz and his wife Alicia Keys. Spike Lee also was in attendance and got a standing ovation as he accepted his first Oscar award taking home a trophy. Lee was awarded for Best Adapted Screenplay for his John David Washington-fronted film BlacKkKlansman.

Which of these successful black celebrities is wearing your favourite look? And, who needs red carpet coaching for the next show? Let us know what you think in the comment section below.