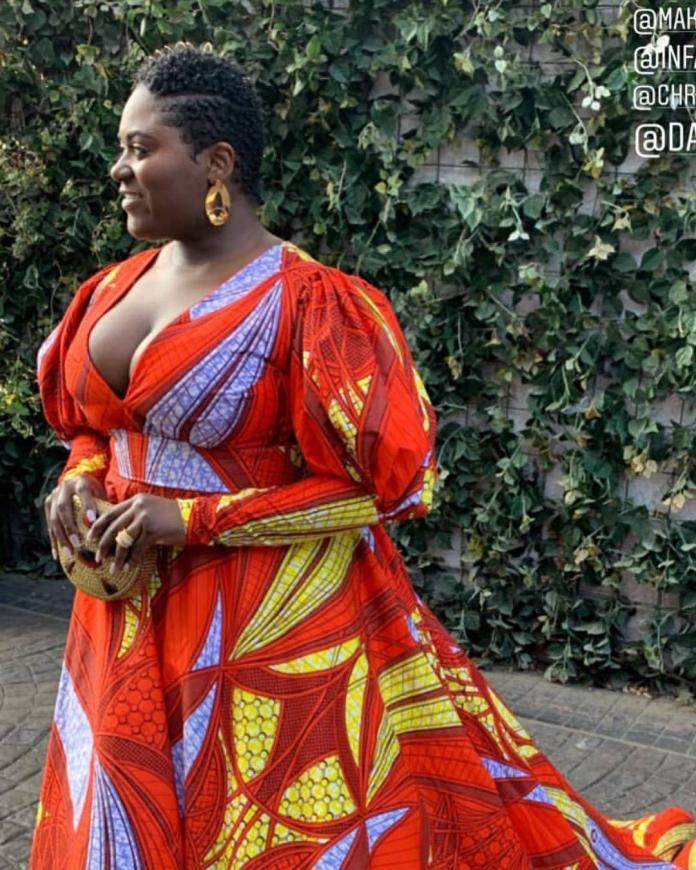 Danielle made her bold fashion statement on the red carpet amongst other celebrities including Beyoncé and Jay-Z. She opted for a bold multi-coloured ball gown with a plunging neckline and Juliet sleeves. Due to the vibrant and multi-pattern design of African prints, Brooks opted for an Orange fabric.

To put it differently, her choice of colour and beautiful black skin is a subtle homage to the popular series. Keeping her accessories minimal, Danielle wore a gold pair of earrings by Bia Daidone. She also kept her hair simple and chic in a short afro twist out.

Celebrities Dressed By Lavie By CK

However, this isn’t the first time we have seen a Hollywood celeb rock a Lavie By CK statement ball gown. Notably, celebrities including Janet Jackson, Porsha Williams, YouTuber Just_Aminat have been dressed by the Cameroonian designer. Not to forgetTracee Ellis Ross at the 2018 American Music Awards in a breathtaking Ankara red carpet dress.

Not only has the young Cameroonian creative director gained the hearts of African Americans in Hollywood, but she has also earned herself celebrity status.

Scroll down and enjoy the flawless red carpet moment by the runaway inmate ‘Taystee’!