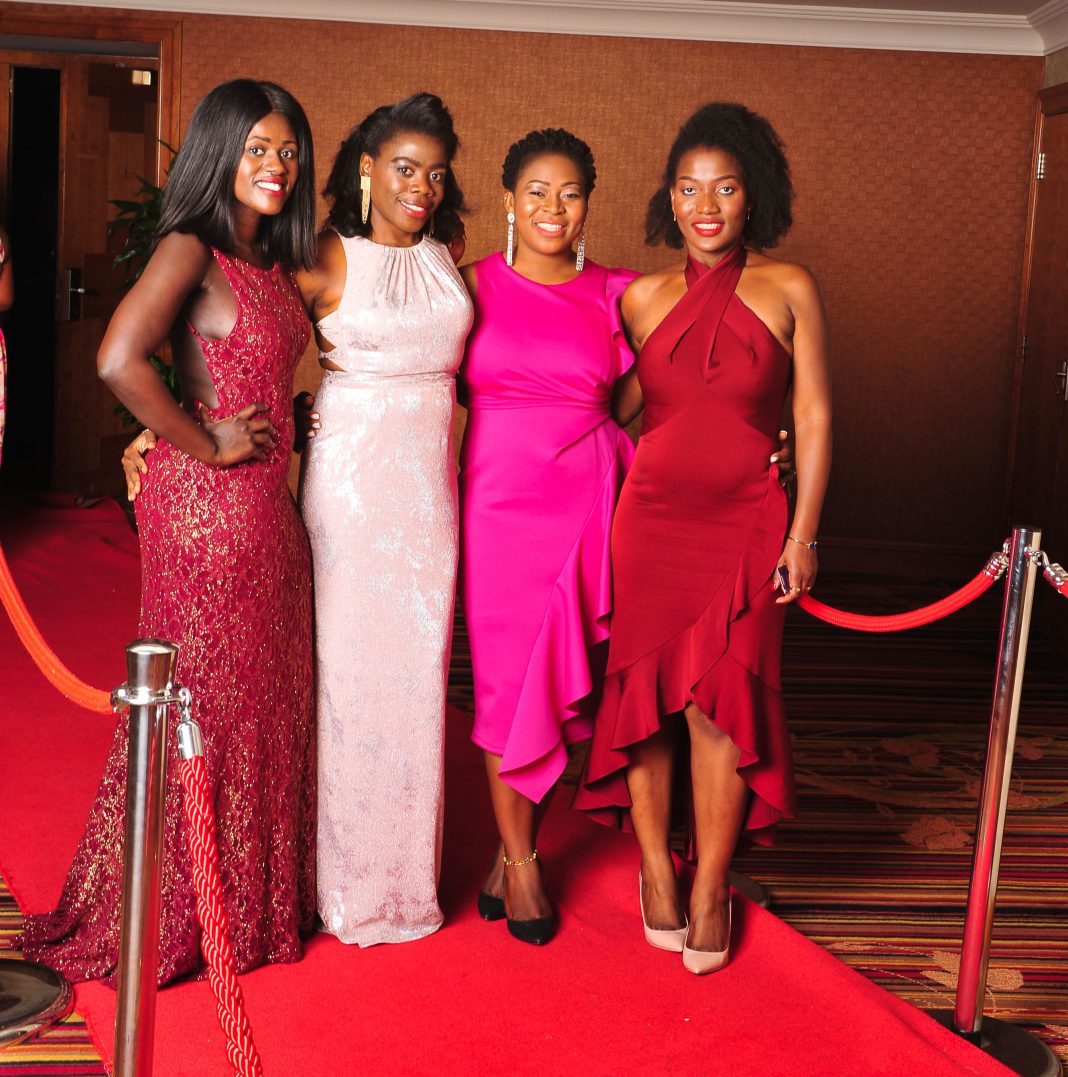 Ex-Sakerette Convention is one of the most sought after alumni events in the UK. In typical fashion, tickets are usually sold out weeks before the event. Last weekend, Ex-Saker Students (ExSSANS) aka Ex-Sakerettes and guests headed out to the exquisite Chesford Grange hotel. Chesford Grange was the designated prime location for the 2018 annual Ex-Sakerette convention. As usual, Ex-Sakerettes did it in grand style with so much class and sophistication.

Historically, the Ex-Sakerette Convention is always premised around the girl child. Therefore, foremost was a profound session of spiritual emphasis to set the tone for the convention weekend. Then, a successful trade fair which the Carats (kids of Ex-Sakerrettes) described as “so much fun!”. Of course, the annual general meeting (AGM) took center stage under the theme, “Engage to Elevate” the girl child. Finally, an outstanding fundraising gala served as the anchor to conclude the fabulous weekend.

By a mile, this gala was an explosion of beauty, elegance and allure. Ex-Sakerette President, Irene Tamajong, Ayuk Akoh-Arrey of SOBA UK and a slew of Ex-Sakerettes and guests showed up in style. Accordingly, guests enjoyed pre-dinner cocktails and mingled with euphoria. No doubt, the excitement was palpable! However, the most dramatic and exciting moments were the red carpet arrivals. With so much pomp, glitz and glamour, the red carpet show was one fit for Hollywood. In fact, the attendees delivered some of the most stunning and memorable red carpet looks of the year. Most notably, grey gowns, ruffles, and shades of pink dominated the red carpet.

To kick off the night, the MC, Cynthia Asuagbor delivered a sharp, rousing and succinct opening monologue. This was shortly after an impressive introduction by the midlanders (a.k.a the “show show”) region. With that, the pace of the event was set and everyone was in for the ride.

Dinner came and taste buds were set ablaze. To be honest with you, this was certainly fine dining at its best. Regardless, the show wasn’t over. After dinner, Mr. Tabi Ebai, a “trusted” Trustee of ExSSA UK took over the mic. Ably assisted by Karen Eban for the fundraising segment, these two left every guest digging deep into their pockets. Ultimately, the guests were left broke yet extremely satisfied. Shortly after which, the DJ took over with some remarkable tracks that kept everyone on their feet as we danced the night away. Ex-Sakerettes had done it yet again like no other!

BEST DRESSED ON THE RED CARPET

From the most fashionable moments on the red carpet to who wore what,above are some of the pictures from the weekend. Click through to live the night vicariously, then let us know who totally owned the carpet and who needs to elevate their game.

MAMMYPI - July 14, 2022 0
Neville Sah Etube, CEO of the Cooperation of African Mutual Fund (CAMFU) in the UK is now a bonafide modern-day thief!

My Balmain Army Has Shed Its Armor-Olivier Rousteing, #BALMAINSS17 #PFW