Home SIZZLING RED CARPET LOOKS All The Glitz And Glamour From The Maiden Edition Of Cameroon Fashion... 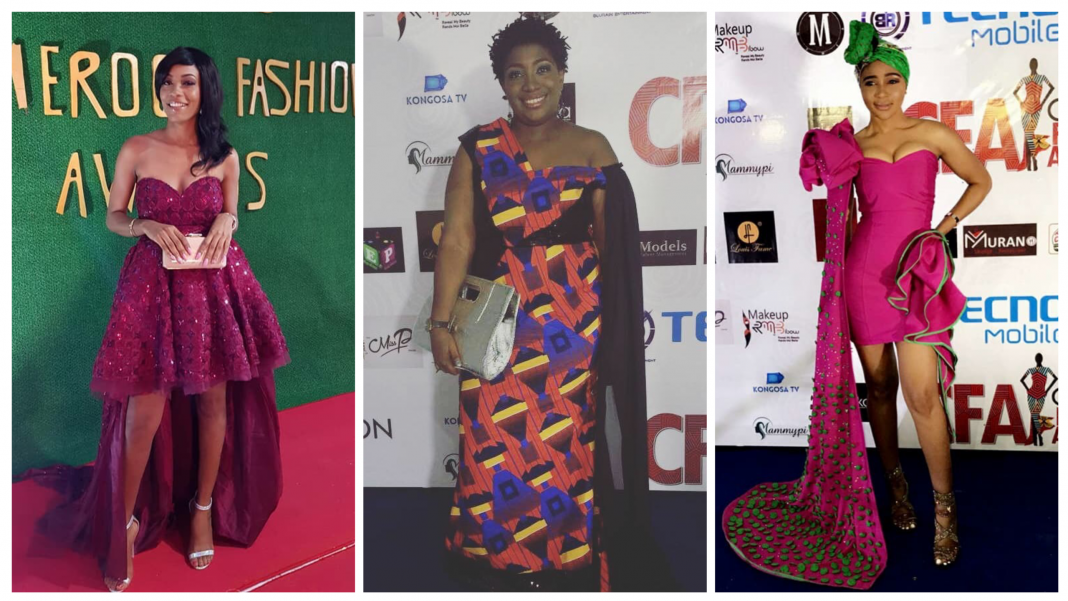 The Cameroon Fashion Awards saw celebrities and entertainment personalities brought glamour to St Johns Plaza. The dress code for the award was African Style to recognize the contribution of African designers in the fashion industry. Of course, as previously predicted by our readers, the top three designers who styled the celebrities included; Margo’s Mode, EB Kreations, and OZI International. Not only did the stars bring high fashion and glamour, there was also the ops and hmm moments. Take a look below and tell us who came to play and who came to slay.

See all the GLAMOUR below

Yefon struts the award ceremony in a custom-made EB Kreations off-shoulder not to mention, Vokkal print dress with black train by.

Jeffrey Epule, Syndy Emade and the ever so handsome Nchifor Valery

Liz Ngwane bags award for the best rising fashion designer. She poses next to Joan Ngomba in a custom-made Margo’s Mode design.

In like manner, actor Jeffrey Epule looks sensational in a blue “Agbada” outfit by Visco Ngange

Actor and comedian Alenne Mengets was honored as the best-dressed actor. The comedian also dedicated his trophy to all bloggers recognizing the role they play in creating visibility and awareness.

15 Exclusive Pieces From Chanel SS16 Ready-To-Wear You Need In Your...

THE WAIT TO JOIN KENDALL & KYLIE’S KLUB IS NOW OVER