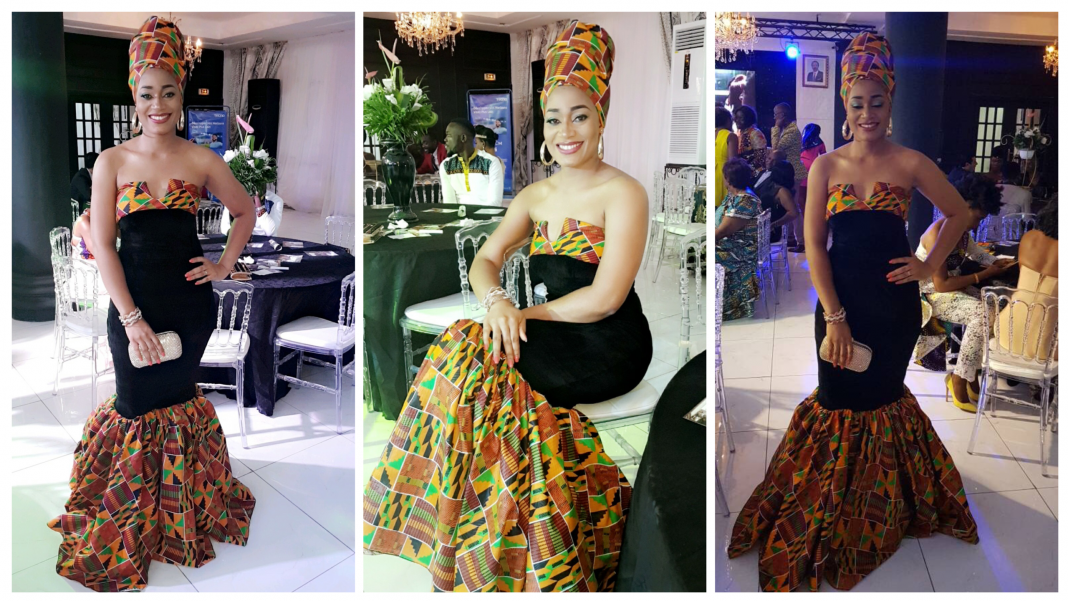 Actress Stephanie Tum certainly got the memo as she made an appearance in a Kente dress. Invitees to the Cameroon Fashion Awards were prompted to showcase the beautiful and bold side of African fashion. And Yes, Stephanie did just that. Her figure-hugging Ozi dress was given an African touch with a Kente fusion.

She further completed her mermaid dress with a headscarf ensemble. We think she rocked the look like a true African queen.

See some of her beautiful pictures below.