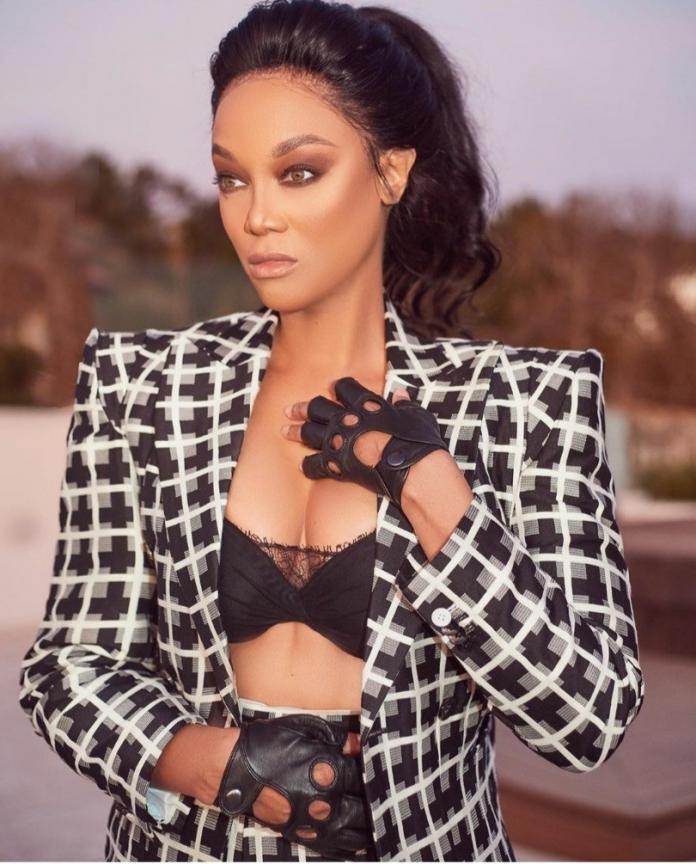 Tyra attractively wore a matchy tailored suit by clothier Don Morphy drawing attention to every detail of her style. Owing to Trya’s love for tailored pieces, it’s safe to say she has a special connection with the celebrity brand. As expected, her irresistible love for Don Morphy tailored pantsuits got everyone talking.

Like we already know, it’s not the first time the veteran model has endorsed the Don Morphy Brand. Certainly, this will not be the last time the #ANTM host will rock a sexy pantsuit from the label.

A year ago, Tyra wore a lilac three-button suit by Don Morphy to Women That Soar annual black-tie Awards show in Dallas. Seeing her love for the brand and for masculine silhouettes, Tyra donned another three-piece suit from the label almost a year later.

As seen below, the #AGT host appeared flawless in her striking black and white ankle-length pants with a matching blazer and coat. Styled by celebrity stylist J.Bolin, Tyra looked top-to-toe fierce with a well-chiselled jawline as she posed in the custom pantsuit. She added a playful twist to the well-stitched suit pairing it with a black girlie lace bra and translucent heels. Banks also accessorised her suit with a black pair of fingerless leather gloves.

In A World Full of Trends, Eliane Fernandes Will Be Remembered For This Vibrant ‘Ndià Mangye’ Silk Scarf