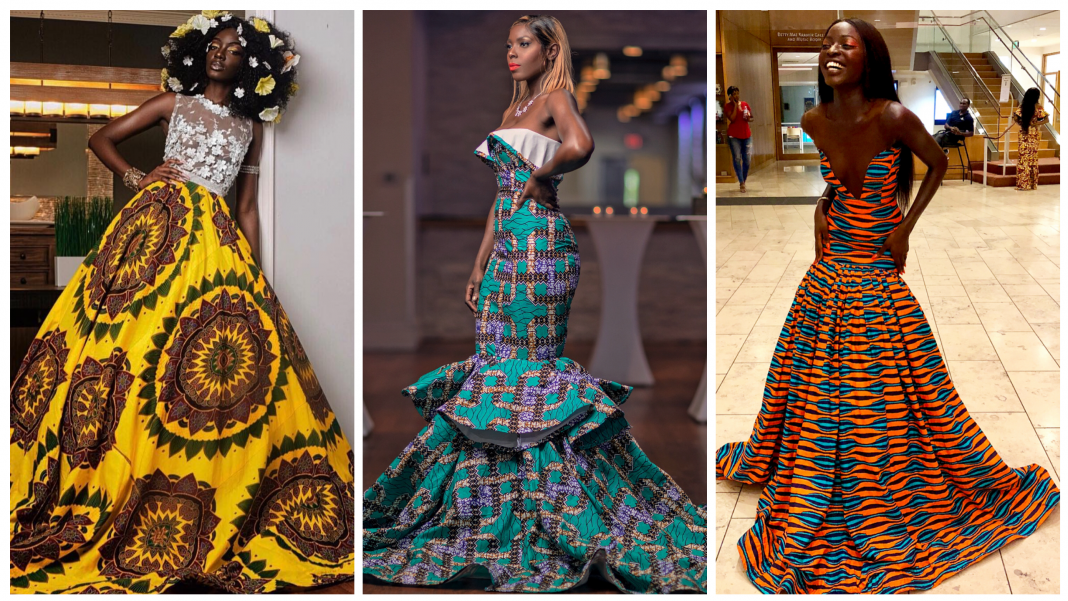 Haute Ankara Red-Carpet dresses are becoming the new trend in the fashion world. On that note, Claude Kameni of LavieByCk may have been an obscure, little-known designer some months ago but not anymore. She is breaking the charts with her haute Ankara red-carpet dresses and her designs are being worn by celebrities and A-list artists every day. Surprisingly, some months ago she dressed the family of Instagram sensation, the McClure Twins. This photoshoot featured two beautiful princess dresses for the twin girls and a stunning strapless number for their shapely mother.

Most recently, the legendary Janet Jackson was spotted on the set of a music video in a @LaviebyCk dress!  The JANET JACKSON!!! Without a doubt, Janet Jackson wearing a design by LavieByCk is no easy feat. Therefore, I hope that this becomes another iconic moment in her career, set to transform the trajectory of this design house. To explain, do you remember her unforgettable role as the Justice in the classic Black film Poetic Justice? Janet’s hairstyle of black long braids became an instant international sensation. Now affectionately known as “Poetic Justice braids” worldwide, this dress by LavieByCK might very well become known worldwide likewise! Wouldn’t that be neat?!

Who is Claude Kameni, lead designer of LaviebyCK?

The lead designer of LavieByCK is Cameroonian Starlet, Claude Kameni. Claude was raised in Cameroon where her passion for fashion was honed. No doubt from her designs, you can tell that her roots play a major role in her style and brand. Evidently also, the African print (Ankara) is LavieByCk’s choice of fabric. The Ankara fabric is known for its rainbow of colors and patterns and when these collide with great design, the result is sublime!!! And talking about her designs, pieces by Claude tell you she is such a girly girl. Certainly, she is all about dresses and glamour. Particularly, check out her geometric-pattern dresses. They display the masterfulness of her design and celebrities like Janet Jackson have now begun to notice.

A word of Advise from LaviebyCK

“It really just hit me that the LEGEND @janetjackson really wore my gown.” The star-struck designer gushes on Instagram. “This is by far the best experience I’ve ever had in my life.” She continues. She advises everyone to “NEVER give up on your dreams because the sky is honestly the limit”. To that I say, the sky isn’t your limit but your springboard! And by all means, reach for the stars!!!

Please check out some amazing dresses haute Ankara dresses by LavieBYCK below! As always, share your thoughts by leaving a comment in the comment section below!

Which of these daring pieces by Claude Kameni deserves a spot in your wardrobe? We like to stay in touch with you. Join our most popular media handles! Instagram|Twitter|Facebook

MAMMYPI - July 14, 2022 0
Neville Sah Etube, CEO of the Cooperation of African Mutual Fund (CAMFU) in the UK is now a bonafide modern-day thief!