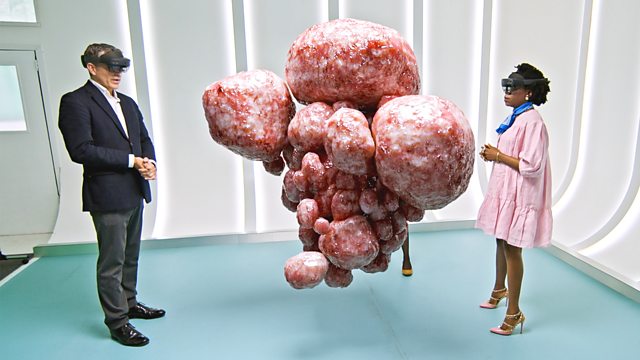 Fibroids and women‘s health is a topic that is shunned by many and whispered by many more with silent tears. I’m sure by now, most of you have seen the picture I posted on Facebook in a hospital gown. Yes, I recently had a myomectomy surgery to have several or should I say a multitude of fibroid tumors removed from my uterus.

So what are fibroids?

Fibroids are hard, compact, noncancerous tumors that can grow into the wall of the uterus. They can be as small as a pea or as large as a melon. While debilitating in many ways, it is important to know that fibroids are NOT cancer. Interesting Fact: Roughly 75% of all women will develop fibroids at some point in their lifetime. Most will be asymptomatic. Many fibroids will resolve on their own. But they can lead to a wide range of uncomfortable and inconvenient symptoms such as pain and excessive bleeding, fertility issues, distended abdomen and weight gain. Not to mention urinary issues or incontinence, painful sex and lowered sex drive, feelings of isolation and depression, anaemia and anaemia related fatigue. Fibroids can also cause anxiety-related to uncontrolled symptoms such as unexpected, heavy bleeding etc.

Why Raising Awareness About Fibroids Is Key

It is time to break the walls of silence concerning fibroids. Far too many women are living with life-altering symptoms and the constant interference of fibroids in their livelihoods.
My journey with fibroids has been a long, arduous and painful one. Fibroids are awful and sadly, I had to do a lot of this alone. I discovered I had fibroids since 2014 but I was afraid of a second surgery and the effects on my womb being single and unmarried with no children so I decided to suck it up. During this time, my fibroids grew larger. I walked around in a constant state of sucking in. After a while, sucking in no longer worked as my stomach grew beyond the confines of my body.

Intimacy? Became extremely challenging, especially with the bleeding, pain and belly bulge. Vacations? I was often hesitant to schedule one because you never know when the pain and bleeding might be especially bad. Wearing cute pastel sundresses? Forget it! Wearing white? I was often guaranteed to have someone tapping me on the shoulder to tell me, “you’ve bled through your clothes”. Because of the heavy bleeding, I gave up on wearing white. You might consider this a simple thing but for someone who is so into fashion as I am, this sacrifice was a big deal. It was not only limiting, it was frustrating!

Beyond fashion choices, fibroids can impact a women’s quality of life. The disease is a significant source of fear and anxiety—touching everything from your romantic relationships to body image to your general outlook of life. The bleeding especially was a constant embarrassment. I rarely stood up without looking down to make sure I had not bled onto my seat. I often checked before leaving meetings. I also checked when stepping out of the bus, train or car. What is worse, I would check repeatedly during dates. As for the padding, it became an art in itself. I tried all sorts of brands to keep the bleeding contained. I even came up with my formula—what kind of underwear of pad/tampon to wear, what kind of girdle or tights, what kind of shapewear. I tried and tested everything. It became a way of life.

Aside from the physical challenges and inconveniences caused by heavy menstrual bleeding, I also became severely anaemic at times, requiring emergency blood transfusions. I endured excruciating cramps every month. Fibroids affect women’s careers, too. I missed work multiple times due to my symptoms. and even eventually got fired I believe as a result of my frequent absenteeism. Fibroids prevented me from reaching my professional potential.

Fibroids also can wreak havoc on your mental and emotional health. My fibroids caused a lot of emotional trauma, and even depression and anxiety. I was often restless, irritable, and suffered from sleep disturbances because of fear of extensive bleeding causing accidents. I was overwhelmed and I just needed a break!

Finally, I gave in to surgery and it has been the best decision since. I can now wear white. I am no longer body-conscious. My stomach is flat… (almost) and I am feeling confident in my skin once again. Women need to know what fibroids are and what fibroid symptoms are. The more education women receive, the more likely they’ll get the support and treatment they need. Yes, the growths are benign and innocuous but they still have far-reaching effects and consequences. The effects of fibroids continue to be pervasive because women are not talking about it. We are not sharing our stories.

Watch my story in a brand new not-to-be-missed Remarkable TV docuseries on BBC Two to be aired on 02/03 2022 at 8:00 pm Your Body Uncovered. Featured as the first of a 6-part series, it charts my journey living with an extreme case of fibroids through to a successful procedure, led by the talented Dr Stephen Quinn, with the aid of ground-breaking 3D augmented reality technology. Please be sure to come back to this thread and comment. Let’s begin the conversation…Fibroids!!!