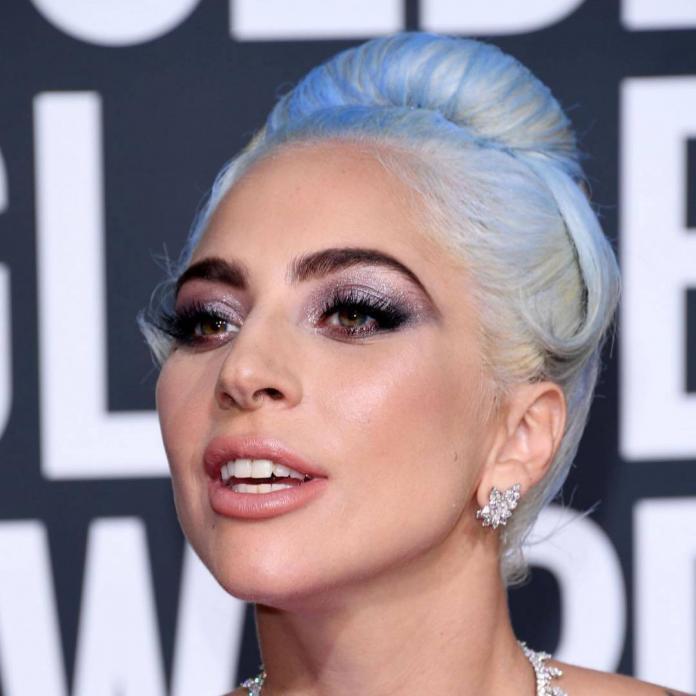 Lady Gaga stunned the Golden Globe red carpet in a lavender custom Valentino Couture dress with hair to match. The singer was nominated for her breakout role in the film, “A Star Is Born”, and for the movie’s song “Shallow.” Without a doubt, a film star was truly born on the red- carpet! Gaga’s dress was a showstopper!

We all know that Lady Gaga is not one to keep things simple on the red carpet. In fact, she was one of the most anticipated arrivals on the Golden Globes red carpet. After all, she is known to constantly “bring it’ on the red carpet. As expected, the songstress did not disappoint as she brought her fashion A-game to the awards ceremony. Interestingly, her look was reminiscent of the one that Judy Garland wore in the 1954 adaptation of the movie. Check out the images below for the uncanny similarities. Meanwhile, let’s dig in into the style intricacies of this look.

Mind you, Lady Gaga’s gown was originally shown on the Valentino’s Fall 2018 Couture runway. Guess what? Queen Bey (Beyoncé) wore a gown similar to this during her “On The Run II” tour in July 2018 in France. However, while Bey’s dress featured the same taffeta fabric and a voluminous ball gown skirt, it differed in many ways from Lady Gaga’s. Foremost, Bey’s version was a zesty tangerine color, while Gaga’s was a custom-dyed lavender hue. Then, Gaga’s was form-fitting and strapless, while Bey’s featured a wrap design and a sash with voluminous sleeves. While both versions equally extended to the floor with a lengthy train, Lady Gaga’s was given an unexpected twist. It featured a long, voluminous shawl that gave the impression of off-the-shoulder sleeves. To top it off, the shawl seamlessly meshed with the voluminous skirt to serve as the dramatic train.

Gaga serves us lessons on how to style a lavender dress

Gaga opted for a giant diamond necklace by Tiffany & Co when it came to styling her look. Certainly, the massive string of diamonds, dubbed the Aurora, came with its own security guards. Gaga also donned some studded diamond earrings and dainty minimalist diamond bracelets on both wrists to complete her look.


The only downside to this look for me was her hair. While the updo was spot on, I wish she had not dyed her hair lavender to match the dress. However, we all know Gaga is always over-the-top. That said, her look was divine and the sartorial tribute she paid to Judy Garland, a class act! To some fans though, the outfit resembled Elsa’s look in “Frozen”. Clearly, all references are complementary and really that’s all that matters.

See pictures of the stunning Valentino Dress below

All The Red-Carpet Styles From The 70th Annual Cannes Film Festival...

Mammypi looks back at the sizzling red carpet moments from ExSSA...