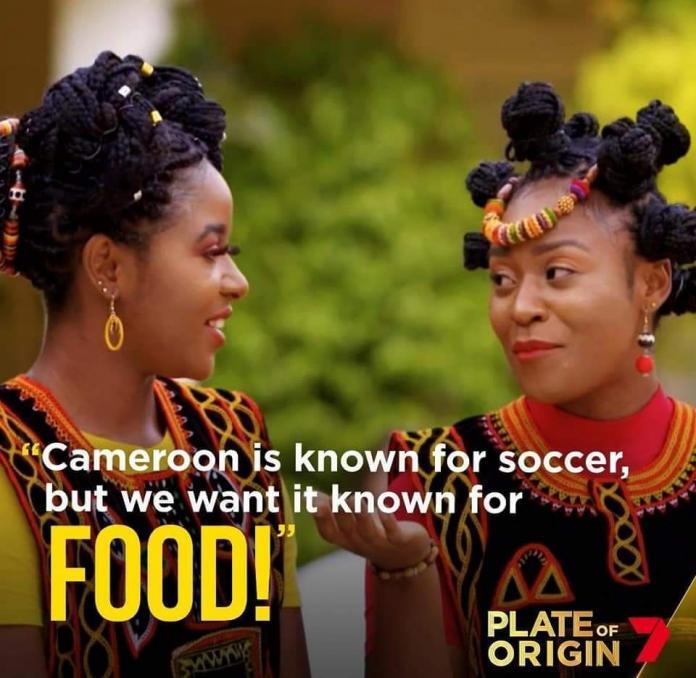 Delicious Jollof rice from Cameroon cuisine anyone? Things are heating up across social media on the war about which African country has the best jollof rice. Whether you call it Jollof or Jellof, we now know the crowned master chef. Thankfully, two Cameroonian sisters have brought the crown home shutting down all the social media noisemakers. Sisters Kelly, 26, and Ashley, 28, are on Australia’s Channel Seven’s new cooking show Plate of Origin making Cameroon great again.

Spicy Jollof Rice That Will Blow Your Socks Off

Last Wednesday, August 31, the sisters won the finals against the team from Vietnam. The pair won with a score of 48 out of 60, compared to 42 out of 60 for Vietnam. Kelly and Ashley served the shows judges with a delicious plate of an everyday Cameroon cuisine. The young chefs delivered a world-class plate of golden-brown fried plantains (dodo) accompanied by a delightful bowl of Cameroon jollof rice. And in true Cameroon cuisine style, a bowl of chilli sauce to add more oomph to the grub.

Seven’s Plate of Origin sees ten teams from different countries compete in a World Cup-style culinary battle and Cameroon represented Africa. The countries represented in the competition include Australia, Cameroon, China, France and Greece. Of course, Italy, India, Lebanon, Venezuela and Vietnam were a part of the show.

America’s #1 Food Hacker has done it again. Enter code “step15” for 15% off Todd’s Wilbur’s latest cookbook and make your favorite foods at home.

SPIED IN DOUALA: ADELINE SEDE OF FABAFRIQ PICTURED IN ALL WHITE...