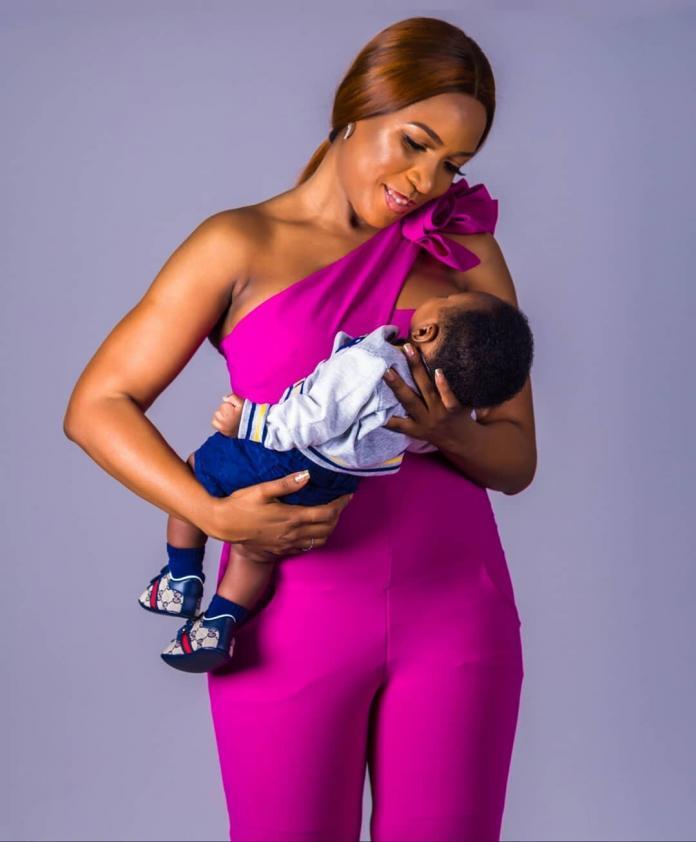 Of course, Linda had to take  to her blog to spill the tea and in addition get the hits. In an extremely long tell it all epistle she talks about her whirlwind romance with the father of her son Sholaye Jeremi. In the monologue, she talks of a sweet romance with Sholaye Jeremi that unexpectedly went sour. Linda even describes the father of her son as funny, romantic and claimed their feelings were mutual.

Although Nigerians have taken to Twitter to bash the prolific blogger, we nevertheless hail her bravery. As much as we don’t agree to some of the things she wrote prior to having Jayce, we can at least agree a baby is a blessing.

Linda Ikeji goes on to say how the relationship which all started in December of 2015 changed her life. She wrote:

It was a whirlwind romance. He was the funniest and most romantic guy I’d met up until that point, so it was easy to fall in love and I truly believed the feeling was mutual. A few weeks after we met, it seemed like we were planning a future together. This man was already calling me Linda Ikeji Jeremi and making all these plans but then just like that, it was over between us. I went from waking up every morning to love text messages from him to no more calls. I was just thanking God for finally sending me my own man when all of a sudden we were no longer talking to each other. Later he would tell me what scared him off. My public life. He claims he’s a private business man and didn’t want the attention being with me would bring to him and I told him I understood and we went our separate ways. We tried to get back together in 2016 but it didn’t work out so much so we separated again but stayed in touch (mostly him to be honest), stayed friends and that was how our back and forth started.ò

While you are here, why not shop my Amazon Items

HAPPY NEW YEAR 2020 AND A MASSIVE THANK YOU