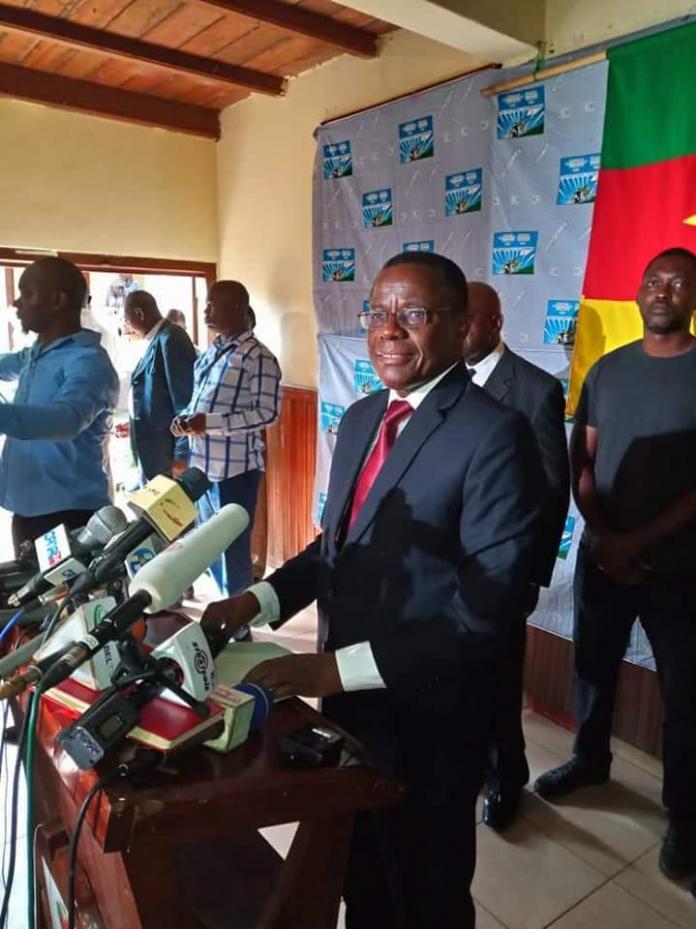 Maurice Kamto has declared himself the winner of Cameroon’s presidential election 2018 in the race to Etoudi. Cameroonians voted on Sunday, October 7, in one of the most anticipated presidential elections ever. With Paul Biya’s 36 year reign and that of his party, Cameroon People’s Democratic Movement on the line, everyone was excited!

Uniquely, the tension-packed elections came with memes sprouting out. Everyone wanted the elections to be over already. Many skits dominated social media with the Pidgin English theme: “make this election come pass!”. Indeed, many feared the worse considering the violence that has dominated the Anglophone regions in the past two years.

Maurice Kamto offers no evidence to justify his win

In spite of declaring himself the winner, Kamto has offered no evidence to justify his claim to have won. Meanwhile, Gregoire Owona, the deputy secretary general of Paul Biya’s CPDM, has accused Kamto of breaking the law. In addition, Government Spokesman, Issa Tchiroma, has declared that the government will “take measures” against Kamto.

Maurice Kamto and Akere Muna Coalition: Force to reckon with

Interestingly, this election has indeed been packed with euphoria. With less than 48 hours to go, Maurice Kamto and Akere Muna, another opposition candidate formed a coalition. Kamto, a former Minister Delegate of Justice under Biya’s regime is an accomplished lawyer. Specifically, Kamto successfully negotiated for Cameroon during the territorial dispute with Nigeria over the Bakassi peninsula.

Meanwhile, Akere Muna, also an attorney, equally has an impressive resume. Akere has served as the former President of the Cameroon Bar Association. He is also the founder of the Cameroonian branch of the anti-corruption NGO, Transparency International. Certainly, this is indeed the clash of the Titans. Biya may have met his match in these two.

14 days seems so far away but we must wait!
Check out Air France Premium Economy Deals

As Mayor, my clear message to every single EU citizen in...