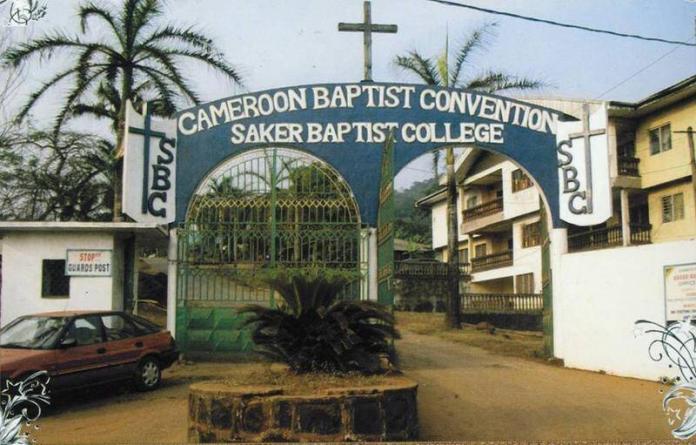 I am outraged! Sakerettes are outraged! The world is outraged too. Why? A video leaked on social media which depicts a picture of abuse in SBC. Saker Baptist College Limbe, Cameroon has gone viral for the wrong reasons. The disturbing video sees the narrator, portray a victim of abuse. (Allegedly coached by her Mother and supported by other victims/witnesses of said abuse). On the same day, a purportedly ‘defence’ via text follows from the defendant, the VP of Saker, explaining his actions. Unfortunately, the text in itself throws a myriad of questions. In fact, the final puzzle comes later with pictures of another victim. The victim is scarred from beatings received from the first Victim in the video. She would seem has not just the physical scars, emotional but trauma for obvious reasons.

What this snippet of drama relayed, was the human realities of boarding schools in Cameroon. Saker is not immune to it! Has worst occurred in other schools, yes, some, unfortunately, resulting in the loss of lives. And please don’t get me started on the unseen emotional and traumatic scars accompanying each of these atrocities. Sorry, I digress, let’s get back to Saker…

My issue with this debacle is very complex, with victims on each side, both the prosecutors, defendants. The victims and side liners ( the other teachers, students, the mother…and even you reading this). Let’s pause to think about the issues this throw up: Violence, bullying, respect for authority, professional (Mis)Conduct, accountabilities, parental responsibility, emotional awareness, basic humanities ( Remorse, Empathy), Rights & Consent etc I could go on.

Whilst we are on a trial by social media, the key fundamentals are all areas needed to be looked at. Henceforth, fixed and addressed. No knee-jerked reactions or condemnation or apportioning blame will ratify what has occurred. The president general of ExSSA Cameroon, an astute legal mind has appealed for calm whilst investigations are carried out. Of course, the president of ExSSA UK is working hard with her executives to come up with an impactful solution to eradicate/prevent such occurrence.

And my final take..do I condemn the supposed acts perpetrated/ recounted on the videos, texts and pictures, of course, I do. Alongside all Sakerettes. We strongly stand firm in our pursuit to empower the girl child. As well as uphold the strong moral Christian values imbued in Saker. Did we come short in this as portrayed, it would seem so, we are at work to ‘make it right. Does that topple us from the top as one of the best, as culled by others, ‘Havard of Cameroon’, an Ivy League school? Absolutely Not! We are certainly not beyond reproach. By all means, we are hard at work to fix it, with the welfare of the girl child as paramount.

Given these points, what can I ask from you, share in the outrage (we are all very vexed)? Restrain from mob-style justice and judgmental proclamations? Trust in us to make it right.

Coronavirus: Here’s What You Need To Know And How The Fashion...

HAPPY NEW YEAR 2020 AND A MASSIVE THANK YOU